Everything You Need To Know About Termites – Part 3 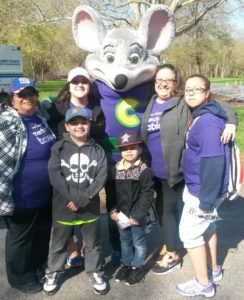 At five pounds, Crystal Rodriguez’s daughter, Kayla, was so small at birth that her family nicknamed her “bean.”

Today, Kayla is a healthy 16-year-old high school sophomore who loves to bake, works part-time at a local pizzeria, and hopes to attend college to become a marine biologist.

On April 26, Crystal, an Insight employee in the New Jersey branch, her oldest daughter Kayla and her two other children, participated in March for Babies.

The event, sponsored by the March of Dimes, aims to raise funds for research to reduce premature births. Founded in 1938, March of Dimes also hosts programs to educate women about having full-term pregnancies and healthy babies.

With the help of her family, friends, and Insight Pest Solutions     family, Crystal raised several hundred dollars for March of Dimes.

“I have received so much support,” she said.

According to March of Dimes, 450,000 babies are born prematurely every year in the United States. Premature babies are at a higher risk of severe health problems and lifelong disabilities, the organization stated.

When Kayla was born one and a half months premature, doctors were concerned about her lung development.

“When you are in the hospital and the doctors keep telling you that they might have to put your child in a helicopter and transfer (her) to another hospital, it is the scariest thing in the world,” Crystal said. 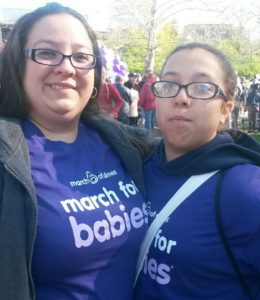 Kayla spent about a week in the neonatal intensive care unit before she was able to go home. But about a month later, she came down with RSV (Respiratory syncytial virus). As a premature baby, she was at a higher risk for contracting the virus. Fortunately, she recovered soon after.

Crystal has participated in the March for Babies several times since 1999, the year after Kayla was born. For the past four years, Kayla has joined her.

“This event is very important to me because when I became pregnant, I thought nothing could go wrong,” Crystal said. “I was never even concerned. I was healthy so I just thought my baby would be. Sometimes a mother can do everything right and still there can be complications.”

For Crystal, looking back on those rough initial days of her oldest daughter’s life helps her to have a deeper appreciation for her healthy children. And, in support of other premature babies and their families, she will keep on marching.

“If I can walk and just help a parent feel good about their children’s future and (help) them see how we all pull together to help their child who cannot help themselves, then for me this is a great day,” Crystal said. “This organization will always hold a special place in my heart.”