Mouse Control: How To Get Rid of Mice

The Bug Doctor: Adam Villareal, owner and president of Insight Pest Solutions, self-proclaimed entomology nerd, and family man. To help demystify the world of bugs, the Bug Doctor will be answering your questions during our weekly “Ask the Bug Dr.” blog feature. You can submit your bug and pest control inquiries for him on our Facebook page or by tweeting @insightpest.

As cool weather spreads across the country, millions of homeowners are wondering how to get rid of stink bugs. In this post, I’ll give you some tried-and-true techniques to answer the common question, “How do I get rid of stink bugs?” But first, here’s a little bit of background on the shield-shaped creatures that may be encroaching on your home this autumn.

What are stink bugs? 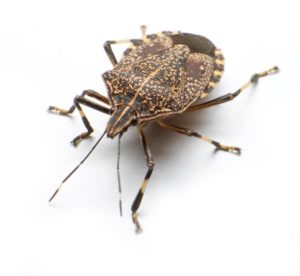 The stink bug, and more specifically the marmorated stink Bug, has been an increasingly difficult pest for homeowners and pest control professionals across the country. These bugs are about half an inch long and are various shades of brown. They have alternating dark and light bands on their antennas. After eggs hatch, small black and red nymphs go through five stages before becoming adults. True to their name, stink bugs emit a foul odor when disturbed or squashed.

The Brown marmorated stink bug was first identified in the United States in Allentown, Pennsylvania in 2001, but reports show that the bugs were seen several years prior to that. These stink bugs are native to eastern Asia, where they feed on fruit trees and soybeans. In the U.S., this invasive species has spread further across the country, with sightings recorded in more than 35 states.

What’s up with that smell?

As a protective measure against predators, stink bugs release foul-smelling chemicals. They also emit chemicals that attract other stink bugs. In fact, when they find the perfect spot to spend the winter months, they secrete an odor, called an aggregation pheremone, that invites all their friends. This is why homeowners can quickly become overrun by stink bugs.

Why are stink bugs coming into my house?

In the Fall, stink bugs seek shelter to hide out for the winter season, and that’s why they often make their way into your home. The insects can crawl through any small openings, especially around windows.  The use of currently available insecticides are short lived and some research has shown that these pesky little creatures have found a way to build resistance quickly to some of these insecticides currently in use.  In addition to the complication of effective treatment options, these stink bugs often migrate from areas that have not been treated, making control even more difficult.  Considering the current difficulties for control options, the onus rests mostly on the shoulders of each homeowner to prevent access to the inside of their home where stink bugs may overwinter.

Thankfully, stink bugs are not known to cause harm to humans or reproduce inside structures. But they certainly can be irritating, which brings us to the crucial question…

How can I get rid of Stink Bugs?

Unfortunately, there is no silver bullet for stink bugs. This species requires a combination of exclusion, deterrence, and treatments…and it’s still hard to get full control! Here are some helpful tips for exclusion and deterrence that may come in handy:

For more tips on stink bug control, take a look at articles from my friends at Bayer, Orkin, About.com, and the National Pest Management Association.

What to do when stink bugs are already inside: 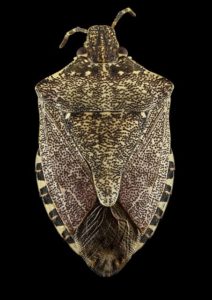 When stink bugs have entered the home you can pick them up with a plastic bag trying not to touch them directly or place a nylon over the hose of a vacuum so air can travel through the hose but the stink bug becomes trapped in the nylon. The stink bug and nylon can then be disposed of in an outside trash container.  It is not recommended to vacuum these bugs up into the vacuum itself as it emits a foul odor that will continue to permeate your home each time you use the vacuum in the future.

If you’ve experienced stink bugs and tried some of these tips, share with us how they worked for you in the comment section.

Looking for more knowledge about pest control? visit this epic webpage with many tips about general household pests, including stink bugs. It even includes tips for hiring the right pest control company.

Do you have a question about bugs or pest control? We’d love to hear from you. Let us know on our Facebook page, in the comment section below, or by tweeting @insightpest. You may see the Bug Doctor’s answer to your question in a future post.

The Institute of Food and Agricultural Sciences, University of Florida

6 Steps to Get Rid of Hornets

How to Keep Flies Away Safely and Naturally 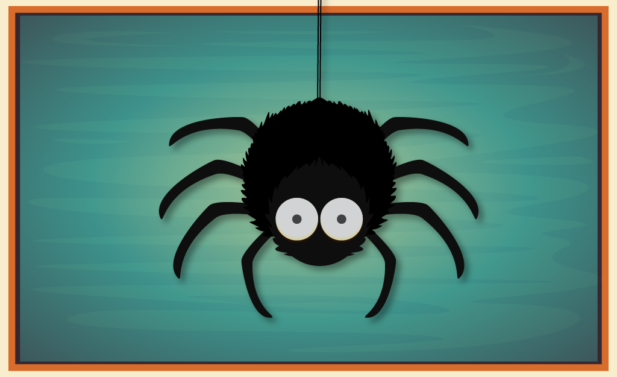 How To Get Rid of Spiders