Everything you Need to Know About Termites – Part 2 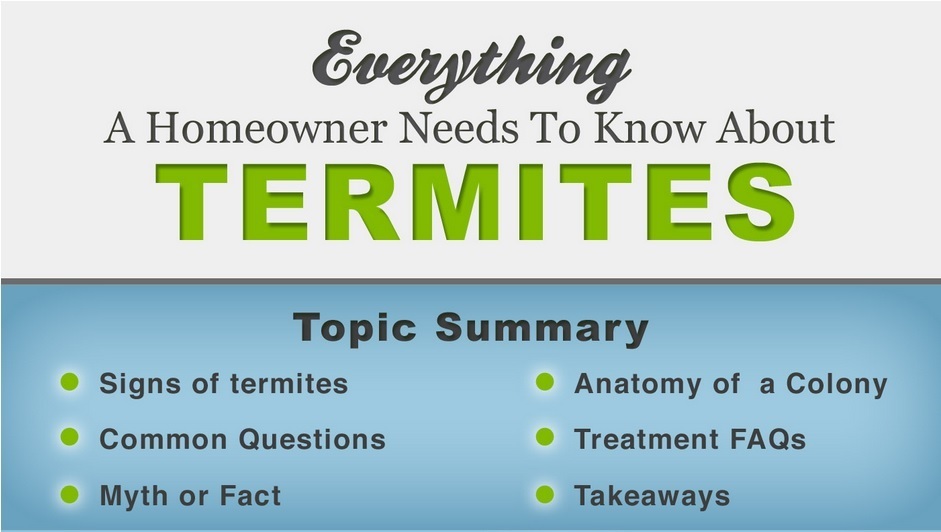 Dealing with a termite infestation is a situation everyone would like to prevent. Termites are a very real threat for homeowners in every state except Alaska. These wood-destroying insects will eat cellulose matter — the main component of homes.

In this three part series, we’ve compiled a complete and exhaustive resource on termites with the most up-to-date facts and data, from both our resident experts at Insight Pest Solutions as well as top-notch, recognized sources from across the country.

In Part 1, we discussed the basics of termites and talked about how to identify them. In this post, we’ll dig deeper into termite castes, the anatomy of a colony, the different species of termites, and more. And in Part 3, we’ll give you all the information you need about treating for termites. This also can all be found in a termite infographic we created. For more information, check out this exhaustive resource on pest control, including many tips about termites.

With the multitude of information about termites dispersed on the Internet, sometimes it can be hard to separate fact from fiction. Here are some of the common myths associated with termites.

Myth: I don’t need to worry about termites if I have a brick home.

Fact: Termites can build mud tubes to bypass the exterior shell and reach the wood structure. Although the exterior may be covered in brick, wood, vinyl, stucco, cement board, or stone, the vast majority of homes are built with wood frames.

Myth: My home was treated for termites before construction so I don’t need to worry for 20+ years.

Fact: Treatments will not last 20 years.  Some companies will warranty their work for 1 year with options to extend the warranty for 3 to 5 years.  Environmental factors, products used, and quality of work performed all impact the length of time the treatment is viable.

Fact: Termites eat wood and most other plant matter.

Myth: Termites won’t eat wood from my home if there’s lots of mulch or decaying wood or other soft plant matter nearby.

Fact: Although decaying wood is easier for termites to chew, they will not avoid the consumption of structural timber.  Termites continually seek new sources of food to eat and store for the long-term protection of the colony.

Myth: Termites can demolish my house in 2 weeks

Fact: Even under ‘ideal’ conditions, it would take even the most aggressive termites several months to ruin a home.

Myth: People only get termites in the South.

Fact: Termites are found in 49 states. Only Alaska has no termites.

Myth: Termites are the only insects that can cause damage to wood.

Fact: Other wood-destroying insects include old house borers, powder post beetles, carpenter ants, carpenter bees and ambrosia beetles. The main difference is that termites actually consume wood and these insects do not. But, damage is caused by all of them.

Myth: There can only be one termite colony in an acre of land.

Male and female alates (winged insects) find each other during a swarm, form a pair, dig a hole and disappear forever below ground to form their own kingdom, never to see daylight again. Once the king termite impregnates the queen termite, she is fertile for life and may live over 20 years. The queen is constantly groomed and fed while she is birthing eggs 24/7. Termites do not sleep.

A colony can have between 2,500 to several million termites. Though colonies grow year after year, by 3 to 6 years, a colony is considered mature and capable of producing a swarm of alates. At this point in the stage of a colony, significant damage to a home is possible.

Each termite fits into a “caste” with a specific role and body composition that aids the health and growth of its colony.

Research has indicated that castes in the termite life cycle are not rigidly set. Termites belonging to one caste may transfer into another caste if the colony requires it. For example, a worker termite may become a soldier or a reproductive if the colony experiences a shortage of one or the other. 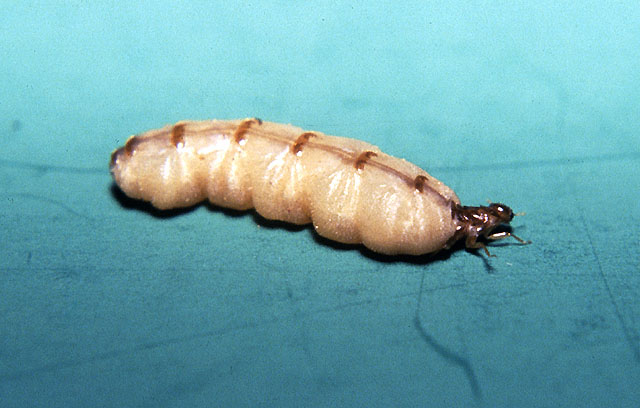 This is the royal family of the colony. The king and queen are joined by alates and secondary reproductives. At the right time of the year, winged alates will crawl above ground to swarm and start colonies of their own. Secondary reproductives are like alates that never swarmed. They live in the queen’s shadow, capable of reproducing, but would only do so if the queen dies or the colony desires to expand to a semi-connected satellite location. 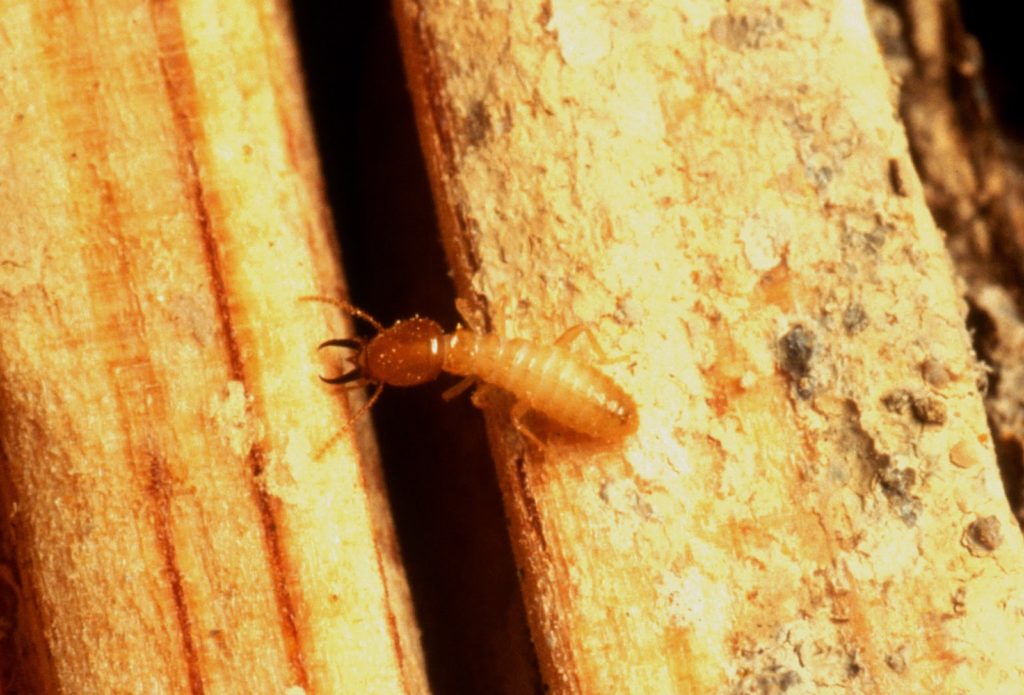 The primary mission of soldiers is to protect the colony. In a subterranean termite colony they make up about 5% of the total colony size. They cannot damage wood and must be fed by the workers in the colony. Soldier termites have dramatically enlarged heads and large mandibles. These jaws are useful in combat with other insects, but termite warriors are incapable of feeding themselves.

Workers make up the vast majority of the colony and are the ones that cause the damage. They bite off tiny pieces of wood and have special protozoa in the gut that allows them to break down cellulose into a food source for the colony. Workers are responsible for feeding the entire colony including the queen through trophallaxis (the exchange of food between members of a colony). Workers are responsible for constantly constructing tunnels and chambers, gathering food storage, and feeding and grooming other termite castes.

An interesting note: Worker and soldier termites can be male or female, whereas those roles are filled exclusively by females in other social insects, such as ants.

Size: one eighth to one half inch long

Regions primarily found: These are found in every state except Alaska. Subterranean termites are difficult to control because they live beneath the soil. They can nest 20 feet below the ground with a foraging radius of 150 feet. 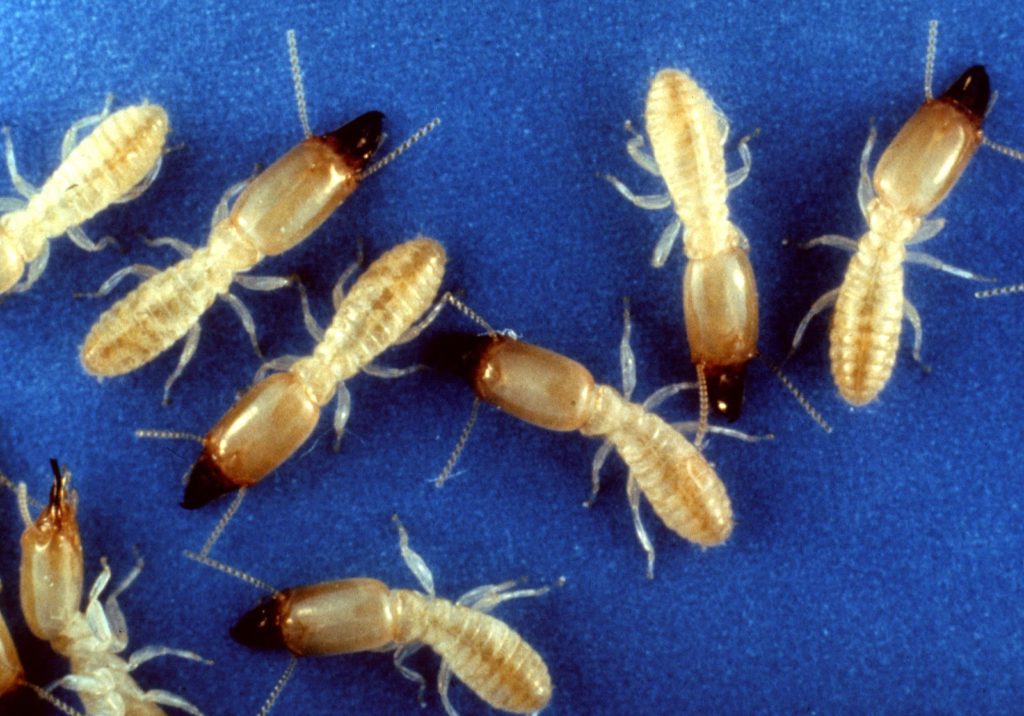 Photo Credit: USDAAn average-sized eastern subterranean colony contains about 300,000 workers. Laboratory studies suggest that a colony of that size can consume 1 of a 2 x 4 foot board in 16 days. 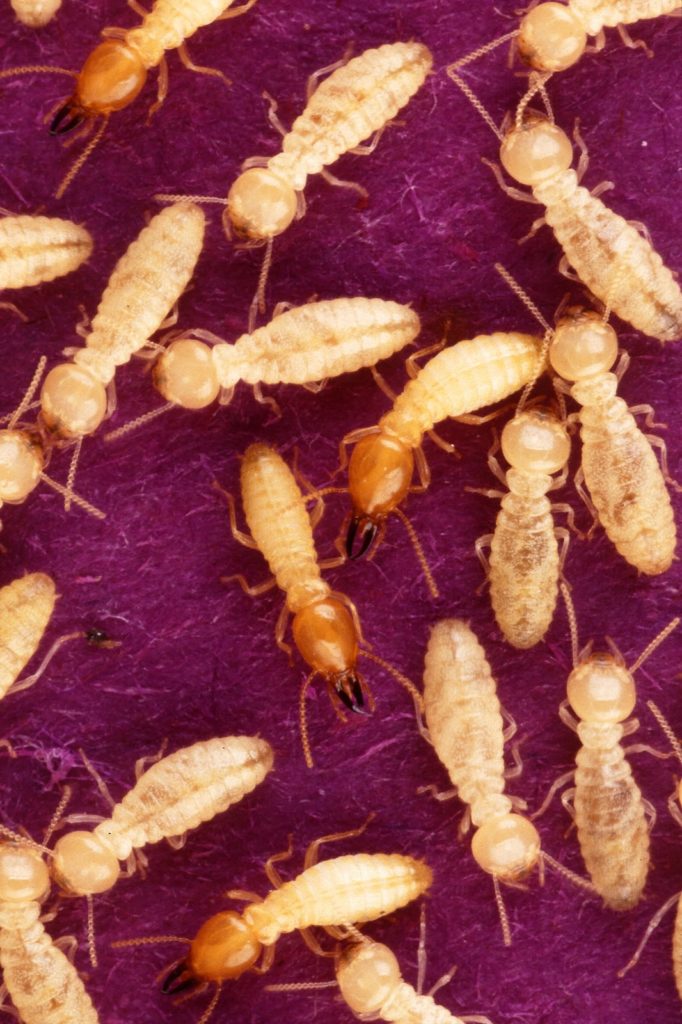 The Formosan Termite is a type of subterranean termite that deserves its own attention. Commonly referred to as a “super termite,” the Formosan termite is the most aggressive and potentially destructive termite species in the U.S.

They can cause major structural damage to a home in six months, and almost complete destruction within two years. Field colonies commonly extend into the millions, with a foraging radius over 300 feet. When compared to other termite species, Formosan termites generally cause more structural damage in a shorter period of time.

A medium-sized colony of 3 million Formosan termites could eat one foot of a 2 x 4 ft board in only two days.

Once established, Formosan termites have never been eradicated from a geographic area.

Regions primarily found: Southeastern coastal states and up the coast of California

Drywood termites have very small colonies of up to 2500 termites. Drywood termites used to be called “furniture termites” because colonies were often found in pieces of furniture, The concern for homeowners is structural damage that can offic after drywood termites fly into the attic or second floor after swarming.

Drywood termites do not require contact with the soil for survival and do not require the same amount of moisture that Subterranean termites do. External signs of damage are elusive. Often, the only obvious signs of a Drywood termite infestation are little mounds of fecal pellets building up underneath the infested wood or the appearance of tiny “kick-out” holes in the surface of the wood.

Don’t forget to read the rest of this guide: Part 1 (Termite Basics), and Part 3 (Termite Treatment Q&A, plus homeowner takeaways), all based on this termite infographic.

« Everything You Need to Know About Termites – Part 1

Everything You Need To Know About Termites – Part 3 »

Find Out Why Our Customers Picked Insight Pest Solutions

Bugs, Spiders and other pests are busy building colonies in the cracks and crevices of your home like their lives depend on in.

Let us protect your home today! You won’t regret it.

Get a Free Quote